The cure for dry chicken

We love "broasted" chickens from the grocery store on lazy days, but nobody eats the breast meat, which nothing, in spite of the moist cooking method (long slow rotisserie at low temperature), keeps from turning to cardboard by the time it's on the plate. I had almost completely stopped roasting whole chickens at home as well, since the breast was  a leftover that nobody ever wants to tackle. Then I got a brainstorm for salvaging the breast and any other part that isn't consumed and it's so easy and good I'll share it here.

Ingredients (vary according to your taste):
Procedure:
Brown rice: 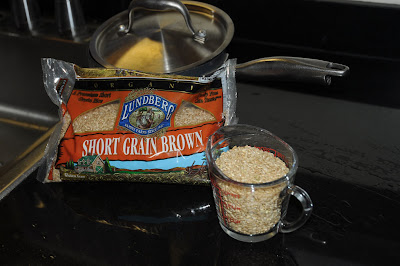 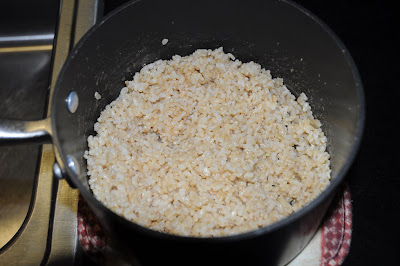 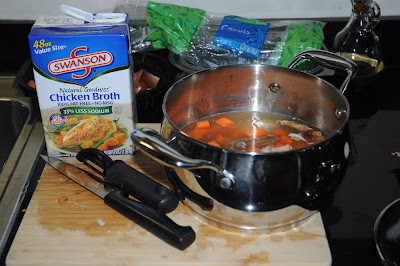 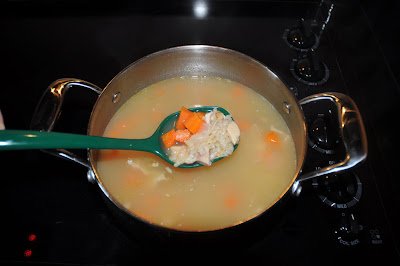 Variations: The short grain brown rice holds up extremely well in soup, and adds an especially lovely texture and flavor, but surely long grain brown would be good too (and it's likely to be easier to find than short grain) but the more traditional extenders, white rice or noodles, would also be worth a try.

*When first opened, the Swanson broth has a slightly odd smell, but it tastes great yields a first rate finished product.
Posted by Veronica Wald at 10:01 AM 2 comments:

I like bumper stickers, with their silly puns ("Visualize Whirled Peas") and wonderful cynicism ("Jesus loves you. Everyone else thinks you're an asshole").  Every once in a while I see one that gives me pause (as opposed to just making me laugh): 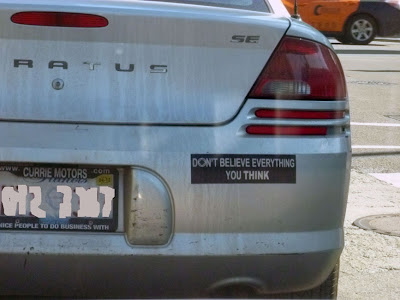 Of course the jump-to assumption is it's aimed at Santorum supporters, but on second thought, I think I'm going to think about this one some more...
Posted by Veronica Wald at 8:28 PM No comments:

So, I'm standing there waiting for the bus...

....and as is proving to be not all that unusual, the mundane daily routine of waiting for the bus suddenly takes an interesting turn. My eyes happen to fall on an odd pink and white object in the middle of the winter-trampled patch of grassless dirt by the trash can at the curb: 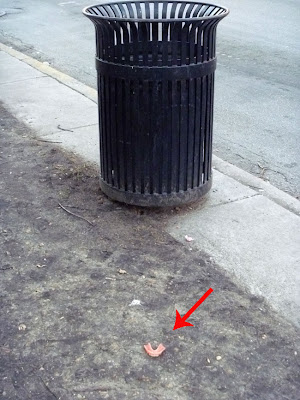 Is that what it looks like? Hmm, it's not Halloween, so those aren't vampire falsies. Although it is Presidents' Day, on which we celebrate the birthday of our First Founding Father, George Washington, famous for his dentures...Yep, they're the real deal, a full set of lowers (?), probably not long ago helping someone chew their cud. 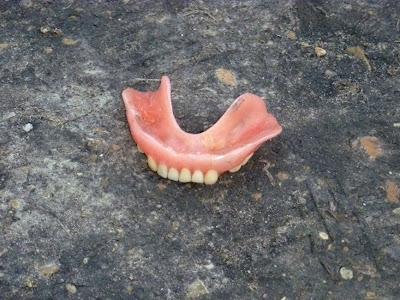 Leave a comment and tell me your story of how they got there!
Posted by Veronica Wald at 9:11 PM 3 comments:

I liked it from the moment I saw it: 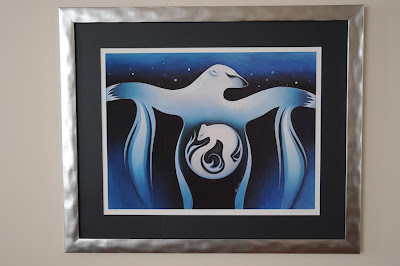 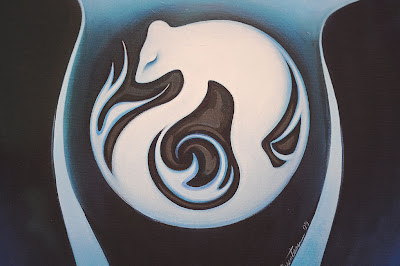 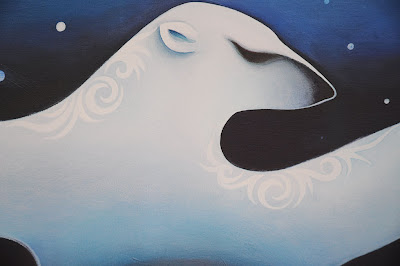 I like it even better on my wall after my favorite frame service has worked their magic. Giclée of the painting "Eternal Night" by Canadian artist Nathalie Parenteau. Enjoy looking at more limited editions at her website. 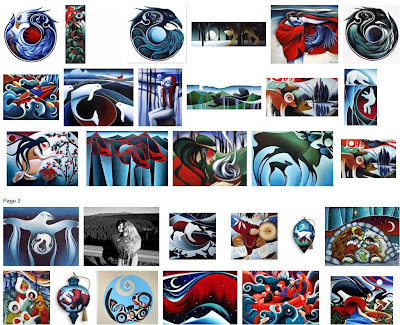 This is a screen snip of a Google search on the artist's name. Click to enlarge and marvel at the charm and brilliance of her work.
Posted by Veronica Wald at 10:11 AM 2 comments:

Suze Orman, what are you up to now?

For those who might not be familiar with the Suze Orman Show, which I admit is a guilty pleasure of the kind that makes KLK cringe, Suze is a self-styled expert in personal finances whose real talent lies in an outsized personality. I'm sure she has a well-stocked, fundamentally competent staff that examines the finances of, and makes recommendations for, the show's call-ins so Suze can lecture them in her tough-love style, making the rest of us happy that our mortgages aren't under water, that we don't have tens of thousands of dollars in student loans to repay, that we don't have a mother-in-law who is sucking our bank accounts dry, and that our credit card balance is pretty much duly payable every month.
But in spite of her good reputation, she does have a bit of a tenuous grasp on reality sometimes. I've heard her tell late middle-aged retiree-wanna-be's that if they would just invest "that money" at a 4% annual rate of return, by the time they're 70 they'll have a million dollars on which to retire comfortably. I would prefer if she would just come out and tell us where we can get a steady 4%, I'll move all my spare cash there ASAP. Anyway, someone else thinks she has an even more tenuous grasp on real life, apparently. I couldn't keep myself from laughing at this highly annotated ad on the bus - for the most innocent and certainly most plebeian of financial institutions, credit unions.

Another car portrait surfaces! Updated May 2013... 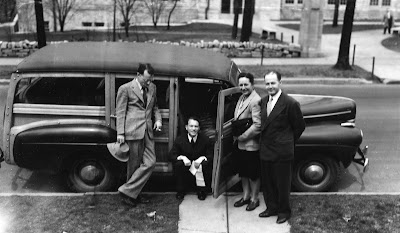 Alas, this one, a 1946 Ford station wagon - wood-trimmed - wasn't ours. Perhaps it belonged to the man sitting on the running board, whom I can't identify. At left, standing, is anthropologist and linguist Carl Voegelin, to the right, his wife, also an accomplished ethnographer (and also present in the photo below of my father supervising the changing of a flat in Mexico), Erminie Wheeler-Voegelin, and my father. They're all beaming, aren't they, and well they should be with a vehicle like that one to pose beside. 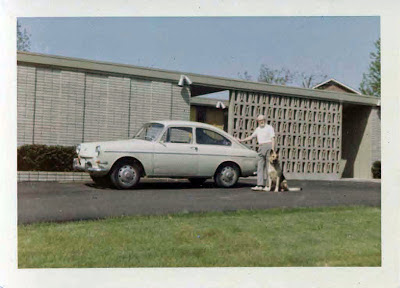 I've found another family-with-car portrait, my father with our Volkswagen hatchback, April 1968 (in front of the house my parents built in 1962, with my German shepherd dog Katja). My self-avowed non-materialistic, non-social climbing father always nonetheless wanted his photo taken with his cars.
Posted by Veronica Wald at 6:39 PM No comments:

The art of letter-writing

I recently came across a fabulous blog, Letters of Note, which for your convenience, and mine, I've added to my Check out these blogs! banner at the lower left of Amusing Musings. Regular readers know how precious letters (and just notes left under doors) can be to me, several of which I've written about here. I especially refer you to Monday, January 30's Letters of Note post, "To My Old Master." Let me know what you think!
Posted by Veronica Wald at 7:51 AM 1 comment: