Tempest in a Q-tip

WHAT'S GOING ON HERE? WAS THERE A HURRICANE IN THE BATHROOM? 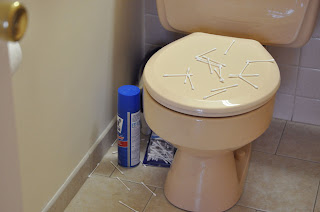 Ah-ha! I should have known! A hurricane called "Teddy" 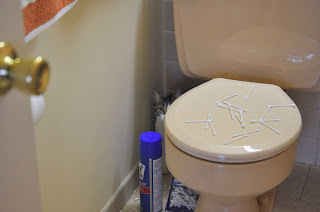 Almost as much fun as an ordinary fuzzy mousie (a green one in this case)! 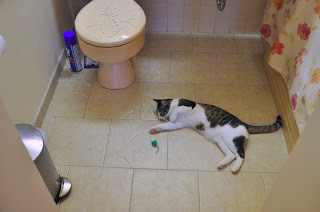 For many, many years I would look at myself in the mirror and see the same person I’d seen the month, the year, even the decade before.  Conscious nonetheless that people do not look the same at 40, 50, 60, as they did at 10, 20 and 30, I told myself this sameness was an illusion, that I must be changing and, since I felt as I always had inside, I must be fooling myself about my exterior—except for my gray hair, which has been noticeably transitioning from dark brown to salt-and-pepper to something approaching steely, for 30 years.  Then suddenly one day, not long ago, I saw someone looking back at me who was familiar, but not exactly the same, as the “long-time” me. I’ve completed my fifth decade but am still not feeling any declines interiorly, still no arthritis or other signs of the inevitable (except for the fact that I just can’t wear high heels like I used to!)  maybe a little more ready to seek opportunities to rest, certainly heavier than I was in the prime of life, but that’s about it.
There is plenty of interest in the exterior manifestations of aging in the profession of cosmetic surgery, the beauty products industry, and among forensic artists. It turns out I have plenty of material of my own with which to examine the phenomenon. Below is a series of photos of those close to me by blood, history, or happenstance. I tried to pair images from young adulthood with ones as close to the present, or, in several cases, as close to the end of life, as I could. The shortest span is Winston the cat's 21 year life; the longest span is 66 years, my mother's (the first pair). Most are between 30 and 40 year spans.
What do you see in them? 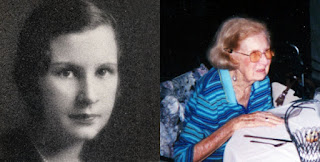 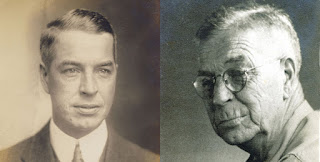 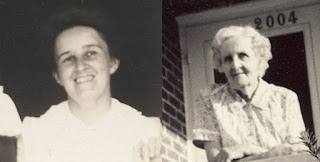 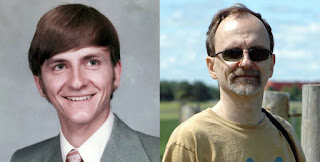 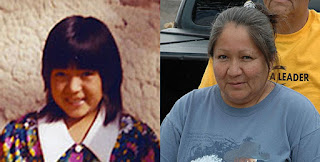 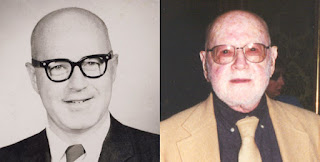 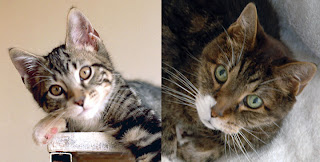 It happens to us all.
Posted by Veronica Wald at 8:18 AM 6 comments:

Yellowstone's newest Web cam is run by the USGS Volcano Hazards Program's Yellowstone Volcano Observatory, hosted at the University of Utah and mounted on Lake Butte Overlook above Yellowstone Lake. It refreshes only once every hour - geologic time, after all - but in spite of the cage bars of burned snags between it and the considerable scenery beyond, yields wonderful information to the non-geologist. Picture # 1, a small elk herd, including a spotted calf front and center very early in the morning; picture #2, just a nice sunny view; and picture #3, what lies beyond. 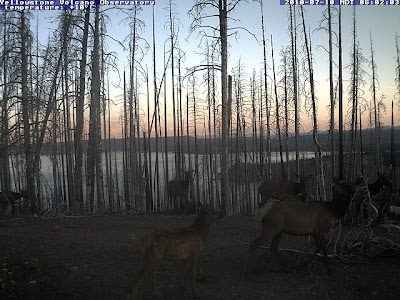 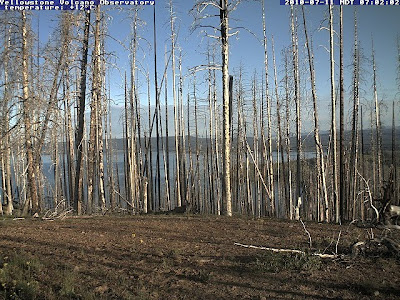 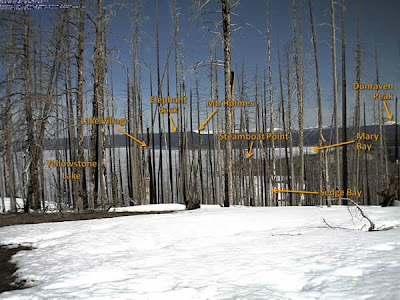 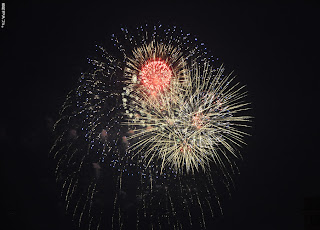 Yesterday, the fourth of July, Independence Day, was gloriously beautiful and aptly hot in the Chicago area. KLK and I made a big suburban* shopping excursion during which he replaced his entire blue jeans wardrobe (not so much the black jeans, I guess that will be another trip) and his "between-running-and-dress" shoes - the kind you wear with khakis on Fridays at work. The latter acquisition was an emergency, given that his old pair spontaneously up and disintegrated as he walked along a banking district street in Zurich last week.What else was nice about it, besides the hunting and gathering successes, was that apparently either a lot of people were at bar-b-ques, or they thought the stores would be closed (however unAmerican that would have been).
We came home in time for dinner, with the thought that we might go out to Promontory Point,  a wonderful park that juts well out into Lake Michigan, along with 99% of the rest of the neighborhood, to watch the tiny little official city fireworks shot out over the lake from Navy Pier some 5 or 6 miles away. As it got truly dark out,  we suddenly realized there were major fireworks being rocketed from very close by. Hoorah!  Unbeknown to us, the City has provincialized the fireworks display, presumably to mitigate  huge congestion downtown. Yes, the main fireworks, which we could see on TV, proceeded as usual (well, not quite, they lasted 15 minutes, not the traditional 20, so hey, it's only a 25% cut) , but they also miraculously selected our  neighborhood to put on a secondary show. What extraordinary luck! I took a few photos through the window, and given that and that the camera was hand-held, I was very pleased with the results. Next year, when we know this is coming (unless the economy tanks even more between now and then) we'll go to our  building roof deck with the tripod at the ready. How fun, what a treat, whatever we did to deserve this, let's do it again!
* Land of the Free parking and where gas is cheaper and the sales tax a couple of points lower
Posted by Veronica Wald at 11:26 AM No comments:

Like all children growing up in the Midwest, I spent untold outdoor summer hours watching lightning bugs (otherwise known as fireflies, species photinus). Just after dark, in any grassy or brushy area, especially mid-June to mid-July, the males of these little beetles fly a few feet over the ground, flashing a bright yellow-green light in their abdomens to attract females in the grass below.  The sight of the little blinking lights in the late darkness of a hot summer night is beyond entrancing.
For the last 22 years I have lived in a high rise, 11 stories off the ground, too far to see the little flashes  going on below. Most often when I go out on a summer evening I drive my car out of the garage and head off to someplace covered with cement, and so, these days, I have to make a point of seeking out the lightning bugs. Last night presented such an opportunity, and sure enough, there, in the grassy baseball field next to a local elementary school, the males were doing their part to ensure perpetuation of one of Nature’s most pleasurable little wonders.
Life’s been very stressful lately, both at home (more about that later) and the office (nothing I’m not paid to deal with, but a lot, nonetheless). Watching the slow-mo scintillations of the lightning bugs last evening heartened me, lifted me, the Earth is not being completely destroyed by acid rain or greenhouse emissions or gargantuan oil spills after all.
Posted by Veronica Wald at 9:20 AM No comments: