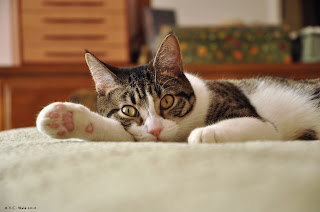 Can't help myself, Teddy kitty is so photogenic, and growing so fast now. The trick is in convincing him to stop moving for at least 1/125 of a second so the results are reasonably sharp. 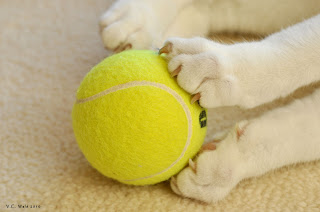 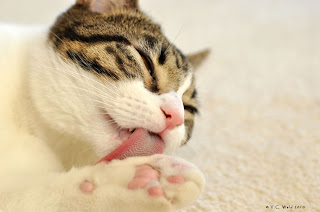 What they sell at my local Dominick's (aka, Safeway) grocery store. 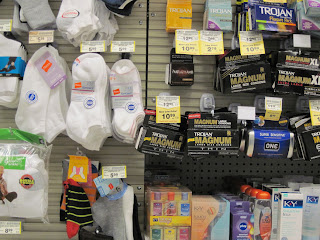 One thing (among many) I like about my new job 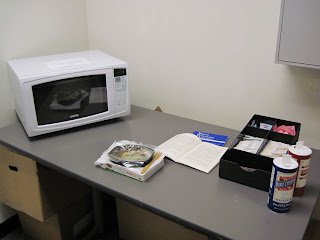 We have a kitchenette/coffee room that has a huge bank of mail slots that no one ever pays much attention to (because we have a kind staffer who makes it her business to bring our mail to us at our desks), but sometimes professional journals do get delivered there. That means while waiting for lunch (nearly inevitably Lean Cuisine, in my case) to go 'round and 'round until cooked in the microwave, we can borrow very high quality material to read. In this scene, for your delectation: Social Psychology Quarterly, and what I found to be an exceptionally lively and transparent discussion in favor of universal health care by economist Jonathan Gruber. I recommend it for a good, enlightening read. You may not agree with his policy recommendations, but by the time you're done you'll have a far better grasp of the concepts and issues than you'll ever get from CNN or Fox News.

Posted by Veronica Wald at 9:36 PM No comments: 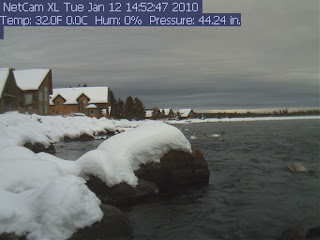 Still catching some great sights on the Web cams around the greater Yellowstone/Grand Teton area from the confines of my desk in Chicago. This one's pointed along the Henry's Fork of the Snake River near Island Park, Idaho (Thanks, Kennewicksheri!!).

I don't know what kind they are: could be trumpeters, could be tundras, the images aren't quite clear enough. Let's hope I see them again on a clear, sunny day.

Click on the Web cam capture to get a good look at them, there's a whole flock. Or bevy. Not a wedge, though, at least not in this shot.

I won't get near Island Park this time (though I love that area, a little to the west of Yellowstone), this time it's all about the Northern Range, with a day-trip by snow coach to the Grand Canyon of the Yellowstone, where I've never been in winter.

The Sound and the Glory 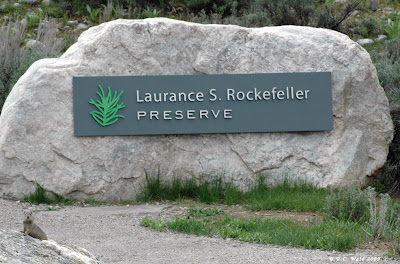 I’ve been at the University of Chicago so long that I don’t give much thought to the John D. Rockefeller, Sr., behind the eponymous Chapel, pictured below (taken on December 29, the last bright sunny day this winter…) The great paterfamilias may have been a robber baron (indeed, see Troutbirder’s comment) but he also founded what was to become one of the great institutions of higher learning in America.His son, John D. Jr., will live on in my memory for, if nothing else, his extraordinary leadership and contributions of land and money to the founding and (not uncontroversial) expansion of Grand Teton National Park, which I so cherish. The highway connecting Yellowstone’s south gate and Grand Teton is named for him.


But there was yet another Rockefeller legacy celebrated there not too long ago with the opening of the Laurance S. Rockefeller Preserve. Laurance was the son of John D., Jr.


Here is the story according to a National Park Service Trail Guide I picked up last May:
“In the 1920s, John D. Rockefeller, Jr. visited Jackson Hole with his sons and was deeply moved by the beauty and vulnerability of this scenic valley. The Rockefellers met with Yellowstone Superintendent Horace Albright, who advocated protection of the valley from development. John D. Rockefeller agreed and in 1927, began to purchase ranches in the area with the goal of donating the land to the National Park Service. Despite decades of local opposition to expansion…Rockefeller persevered and donated 33,000 acres to the park in 1949.


Rockefeller…retained over 3,100 acres…as a family retreat. This land, known as the JY Ranch, was passed down to Laurance S. Rockefeller…who eventually arranged for the transfer of 2,000 acres to the park. In 2001, he announced the gift of the remaining 1,106 acres…" 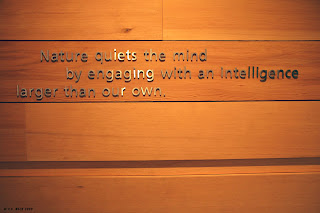 The preserve, opened in 2008, is located along Moose-Wilson Road, between park headquarters (where there is another new, quite spectacular building housing the park’s main visitor center) and Teton Village, an unfortunately burgeoning ski resort on Forest Service land just to the south of the park.

I stopped at the Preserve visitor center for the first time last summer. The building has LEED (Leadership in Environmental Design) platinum certification for its extraordinary green construction and function. Its exterior façades are bit mysterious and mostly not very welcoming, but within this paean are a very few extraordinary exhibits and a reference library with a wonderfully inviting sitting area.

Far and away my favorite feature is the collage of natural sounds from all seasons in the Tetons. My name for the tall, cylindrically confined acoustic space is "sounditorium." I sit there with my eyes closed and all my other senses follow. Detailed visions fill my head, I inhale the smell of warm pine in the sun, the breeze touches my cheeks, my heart beats with exertion at 6,000, 8,000, 10,000 feet.  It makes me insanely happy.
Separate your speakers well to either side of your monitor and turn your sound up. Click, wait a minute or two for it to start, close your eyes, and be transported.

PS Beware, it might drive your cat nuts. Or scare the bejeebers out of him. But you, I promise, will love it.

This is a wall-sized photo-mosaic in the Center, a view of Phelps Lake, reached by  hike from there. Click on each photo to get a sense of the wonderful details: 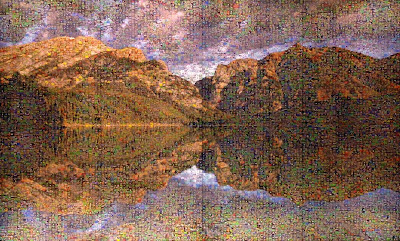 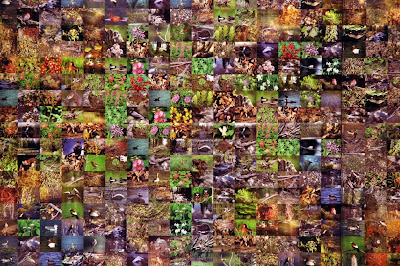 And last, but not least, a parking spot that remained empty the whole time I was there: 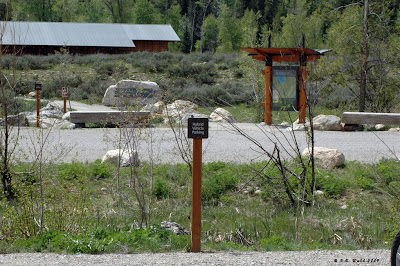 There's a slice of the roof of the main building in the background. Better pictures can be found at the sound link, above. Enjoy! 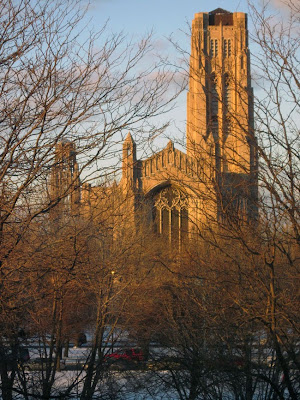 Posted by Veronica Wald at 9:37 PM No comments: