This latest hiatus in Amusing Musings is explained by our total relocation from Chicago to Bozeman, Montana last month. But the title of this post, "it's been a while," also refers to one of my earliest Musings, Winter in Yellowstone, at last, in February of 2007, in which I explained my impatient goal to live close to Yellowstone National Park (Bozeman chosen from a number of options for mostly practical reasons, to be shared in a later post). Only seven long years later, picking up one's life and loves and things of more than 45 years and reinstalling them all in a newly built house is disorienting, exhausting, and frighteningly expensive. I'm not big on chaos (and folding one's tent and erecting it again 1,450 miles away is nothing less), but slowly everything is fitting into its new place, and in the last couple of weeks there have been occasional moments to relax and enjoy. Because I am still working for my Chicago employer (from my computer and phone) while the unpacking and organizing and acquisition of new-house-things like a washer and dryer and window covers are going on, the long Thanksgiving weekend is exactly what I needed to regroup mentally. Here are a few images of our new life to share: 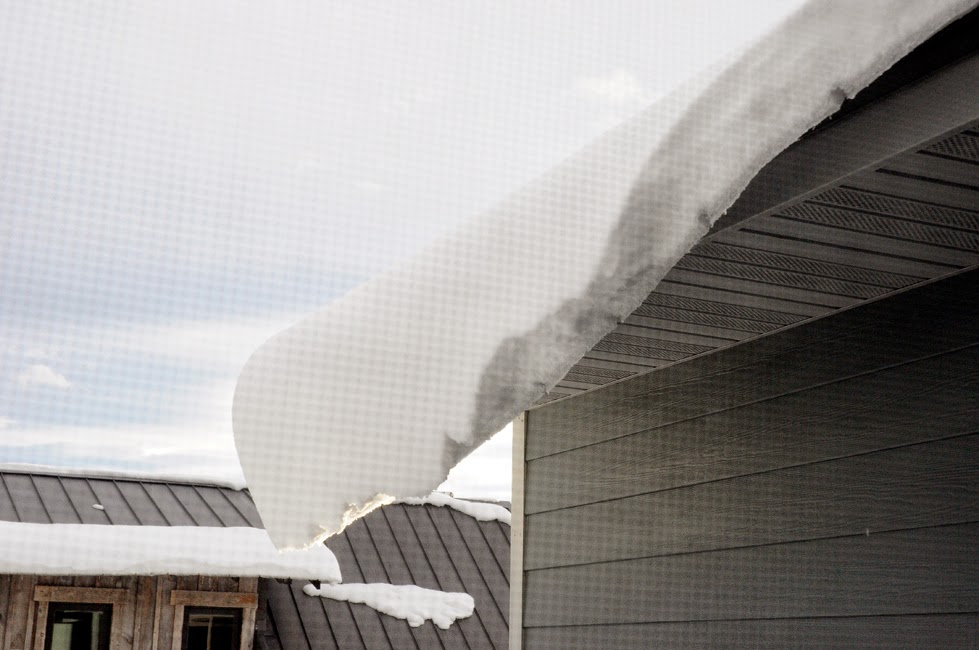 Typical of Montana, we got a big November snow a few days ago. Also typical of Montana, the Polar Vortex that brought us 6 or 7 inches warmed up precipitously, creating this physics-law-breaking cantilevered iceberg glacially sliding off the roof of KLK's "man cave" that I can watch from my computer desk. The pendulous thing was longer than a foot before it started to curve downwards, still gripping the remaining snowpack on the roof through some very strong hydrostatic process. We watched it enlarge and elongate all day Wednesday. At 5 A.M. on Thanksgiving morning it gave way, thunderously thudding on the first floor roof below. 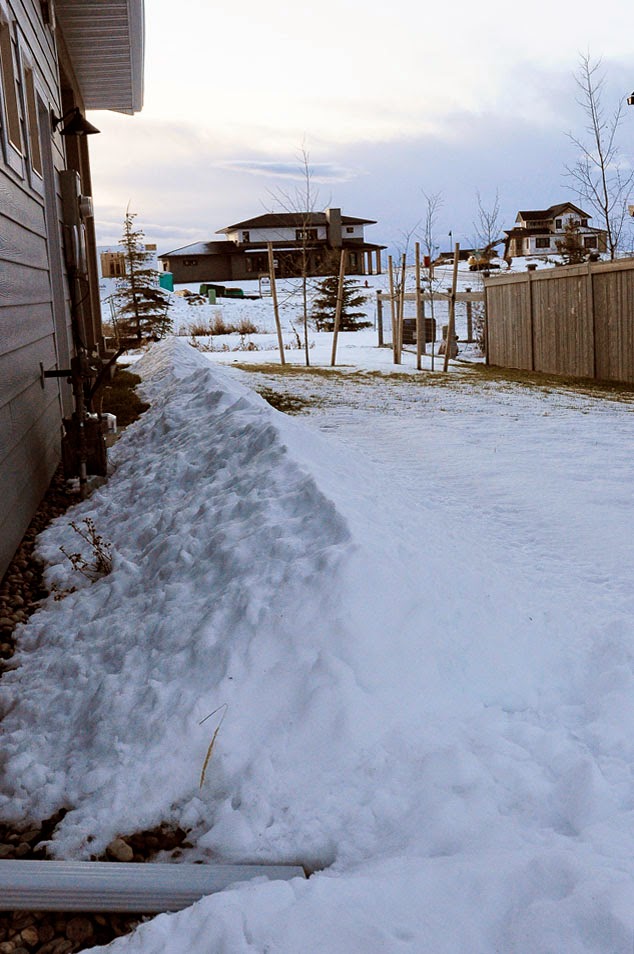 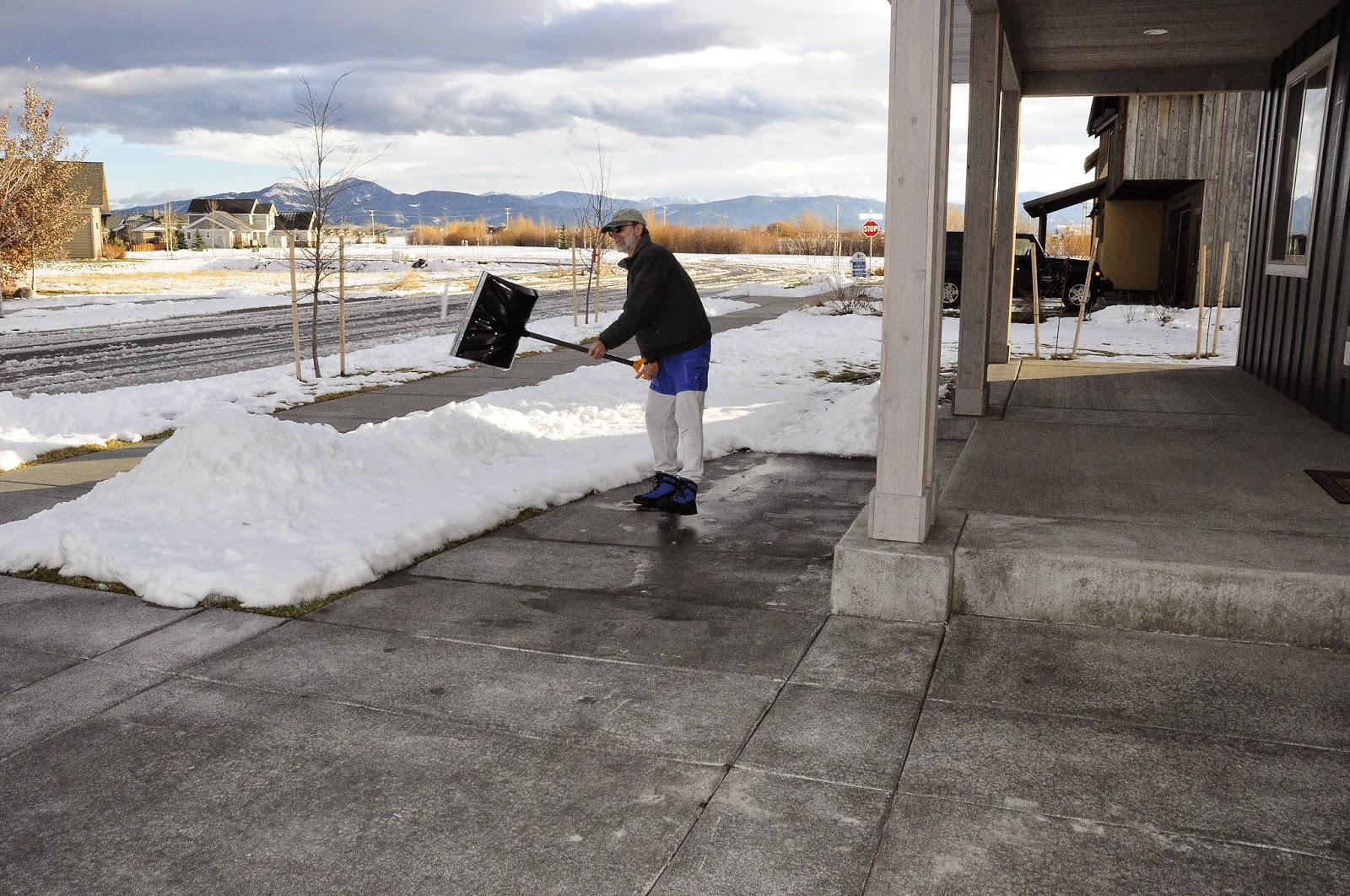 The warm temperatures and sunlight and peaked rooflines caused many more avalanches and created a thigh-high berm of snow around the sides of the house. KLK took advantage of the relative warmth to remove a little slippery stuff by the front porch. Shoveling snow is his new workout. 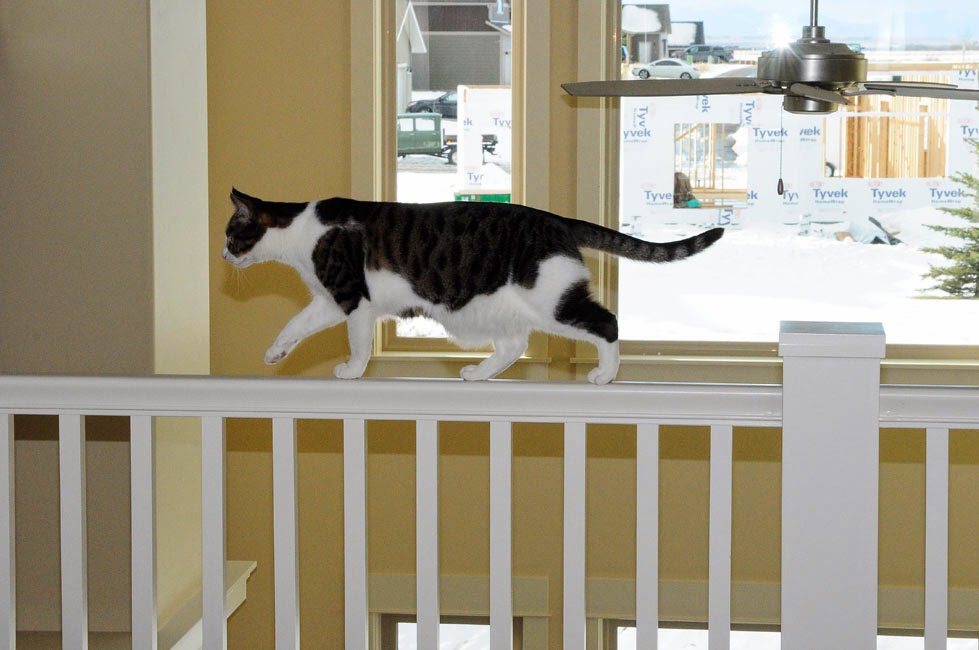 Teddy the tabby took a while to figure out his big new house, but now he's bravely giving me regular heart attacks by tight-roping along the second floor railing...the drop to the living room floor on the far side is about 20 feet. Note beyond our window a Tyvek-wrapped structure. This was green space when we bought it in June, though we understood it would soon be developed. More about the phenomenal number of mushrooms housing starts in what was until very recently open agricultural land in a later post. 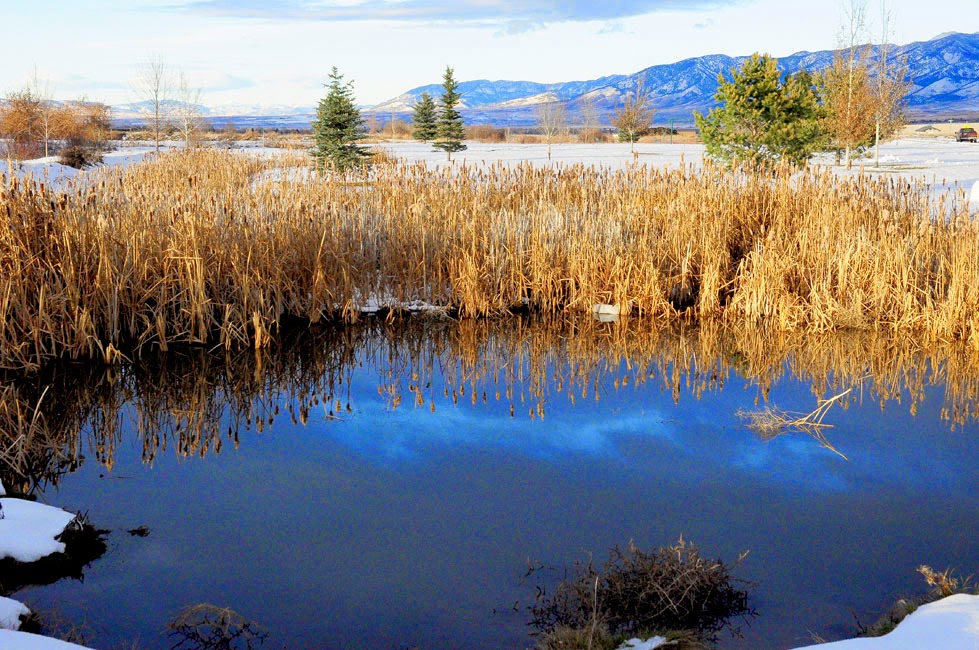 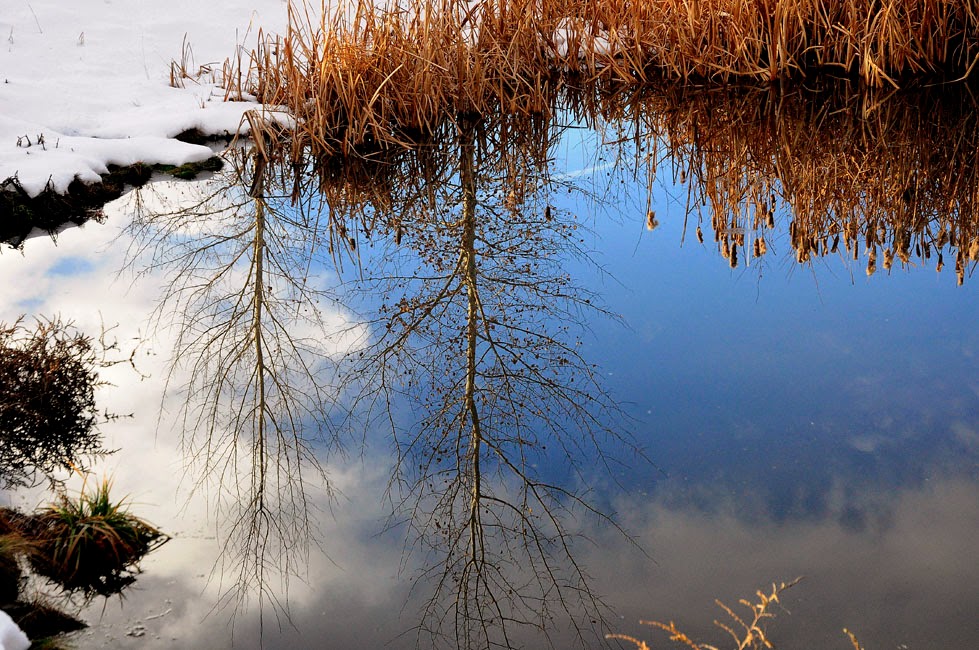 Thanksgiving day was so peaceful in our neighborhood (in spite of being a couple of blocks from a middle school, the 'hood is almost always quiet) and the day so unexpectedly mild, we went out to explore on foot. In spite of the huge number of older, and newer, and being-constructed homes, green space has been spared here and there throughout. This park with its still pond and backdrop of the Bridger Mountains, is particularly appealing. Nothing quite like mountain light. Just what I wanted!
Posted by Veronica Wald at 10:44 AM 2 comments: